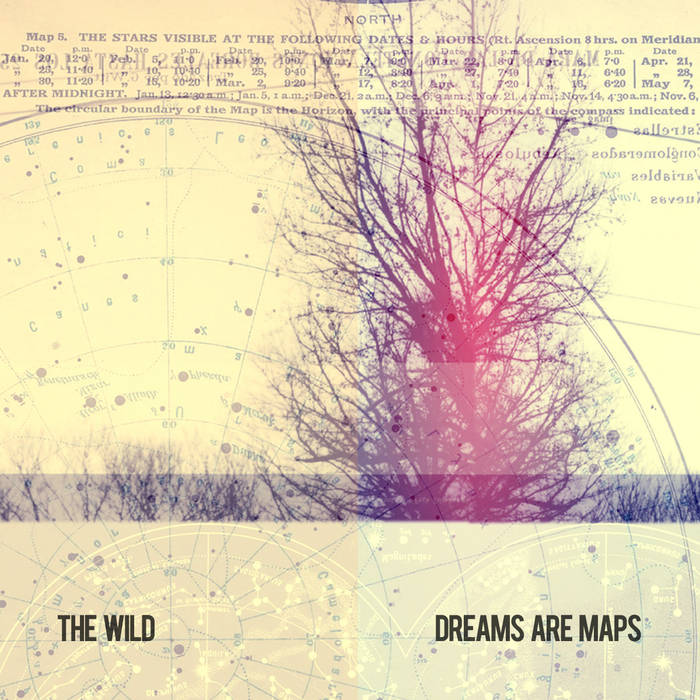 Jackie Martel this song is in the perfect place in the album, keeps me from being completely blinded by tears on long drives home Favorite track: Five Senses (Everything will Change).

farbrausch This album really clicked for me during a quite profound acid trip. The lyrics really touched me and felt so genuine, they made me think of all my friends and all the little dreams that we try to build in this complex world/society and how much I love them. Still listening to this album all the time. <3 Favorite track: There's a Darkness (but There's also a Light).

Simon Fuller Amazing album. Hope you guys can tour the UK at some point Favorite track: Dreams are Maps.

“We have to create culture, don't watch TV, don't read magazines, don't even listen to NPR. Create your own roadshow. The nexus of space and time where you are now is the most immediate sector of your universe, and if you're worrying about Michael Jackson or Bill Clinton or somebody else, then you are disempowered, you're giving it all away to icons, icons which are maintained by an electronic media so that you want to dress like X or have lips like Y. This is shit-brained, this kind of thinking. That is all cultural diversion, and what is real is you and your friends and your associations, your highs, your orgasms, your hopes, your plans, your fears. And we are told 'no', we're unimportant, we're peripheral. 'Get a degree, get a job, get a this, get a that.' And then you're a player; you don't want to even play in that game. You want to reclaim your mind and get it out of the hands of the cultural engineers who want to turn you into a half-baked moron consuming all this trash that's being manufactured out of the bones of a dying world.” -Terence McKenna

Recorded at Total Treble Studios in St. Augustine, FL by Laura Jane Grace and Produced by The Wild in August, 2012.

Mastered by John Golden at Golden Mastering in Ventura, CA.

Album design and layout by Dianna Settles and Witt Wisebram.

Special thanks to Sean Bonnette for additional vocals on ‘A Better Life in New Bedford.’

What pine magazine had to say:

'The celebratory storytelling and punk-folksy delivery of this four-piece makes you wonder how such clean guitars could get your body shaking so hard. The Wild are a lot of fun, and their approach, defiant in a Bob Dylan sort of way, should give kids everywhere the feeling that they can make a difference in the world, no matter how bad things get in the interim.' ... more

Bandcamp Daily  your guide to the world of Bandcamp

cktrl talks about heartbreak and his new record 'Robyn'